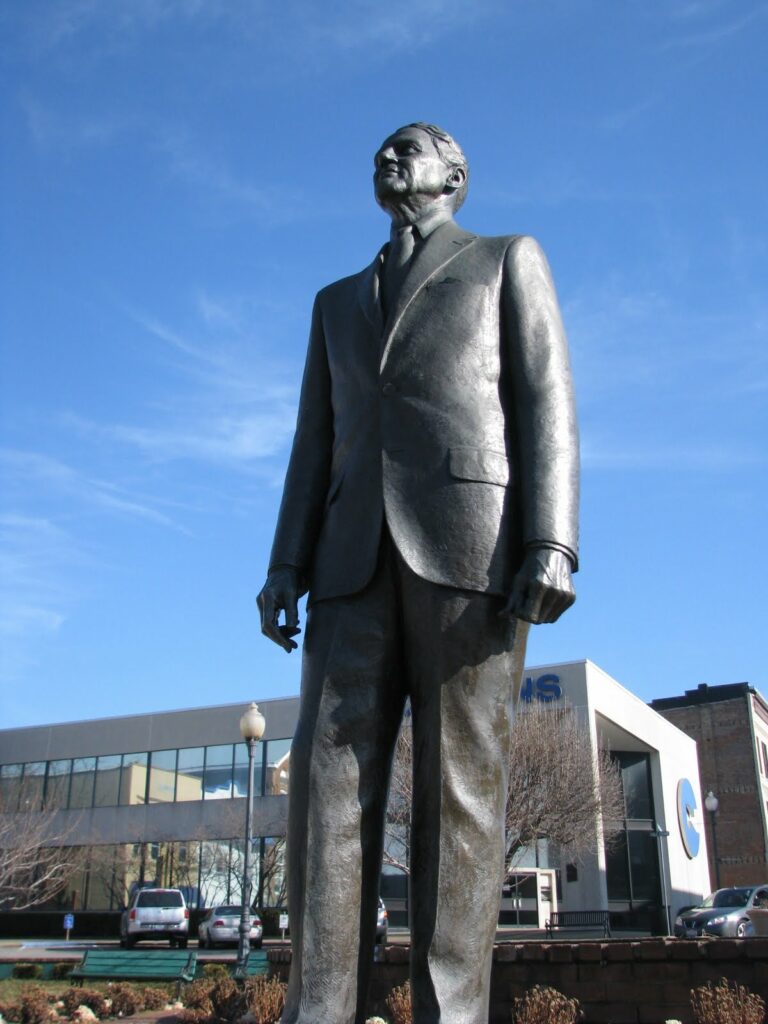 Fountain Square, the center of Somerset, was restored in 1963 by Senator John Sherman Cooper and his wife, Lorraine. At that time, Cooper was serving his third stint (1946-49, 1952-55 and 1956-73) as a United States Senator from Kentucky. The Senator was a liberal Republican who also served in the Army, in diplomatic posts to the U.N., East Germany and India as well as a member of the Warren Commission.

Cooper voted for the Civil Rights Act, was one of the first senators to stand up to McCarthyism and was instrumental in barring U.S. military operations in Cambodia during the Vietnam War.

Born in Somerset in 1901, Cooper died in 1991 in Washington. He never forgot his Kentucky roots; from his obituary in the NY Times:

Mr. Cooper worked quietly, avoiding histrionics. He left behind no ringing calls to action, perhaps because he was, by his own admission, “a truly terrible public speaker.” On the rare occasions when he did take the Senate floor, he was often inaudible. He mumbled and swallowed his words, and apparently made no effort to avoid use of Kentucky dialect in which “great” sounded like “grett,” “government” became “guv-ment,” and “revenue” was pronounced “rev-noo.”

He was, however, a man of principle. A man who was elected to serve his constituents and not party leaders. He frequently bucked party leadership to vote his conscience.

Fountain Square is the focal point of Somerset; its center where the Martin Luther King march began and where Somernites car show gathers each summer month. The land is owned by Pulaski County, a determination made following a court order prohibiting the city of Somerset from building a road through the square [cite]. According to the local Commonwealth-Journal, Fountain Square will soon undergo a $1 million renovation complete with improved pedestrian access and a “grand fountain” [cite and cite]. Along with the new Pulaski County Courthouse, it will bring even more activity to this city center.