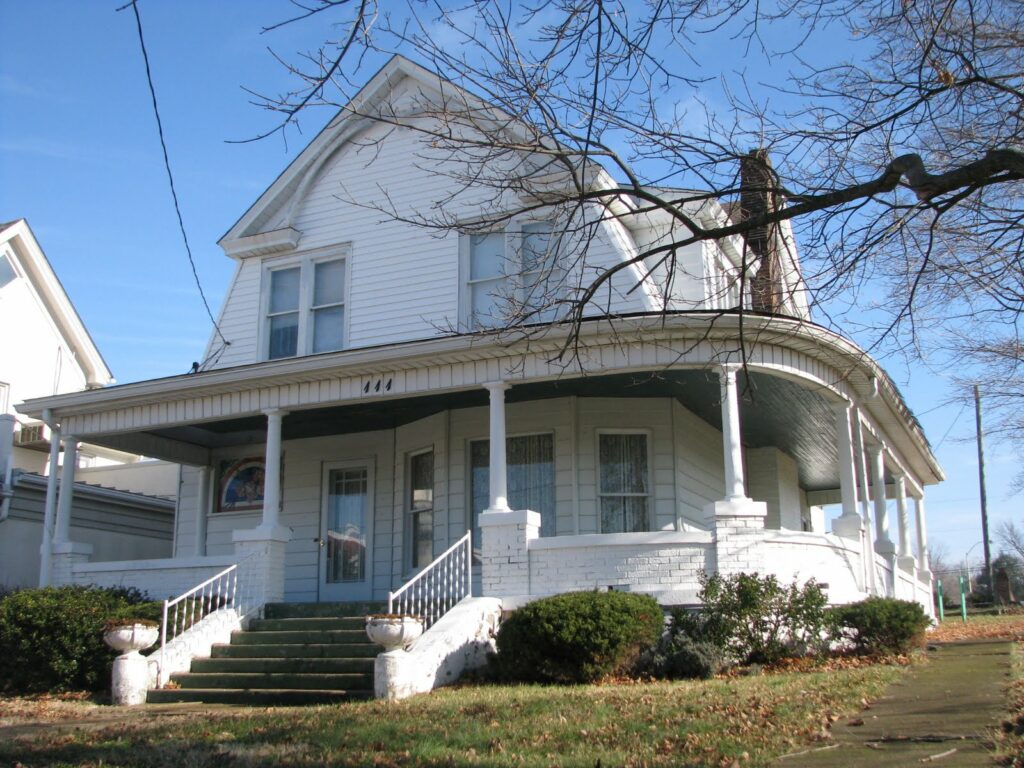 Governor Edwin P. Morrow was the second of five Republicans elected to the office of Kentucky governor during the 1900s serving from 1919 to 1923 (thus, Republicans held the office for only 20 years in the century); his uncle was the first Republican governor of Kentucky. Morrow was a progressive who sought social change such as giving the vote to women and stopping racial violence. He built the above-pictured house in 1903.

Elected in 1919 and blessed with a friendly legislature, Morrow was successful in reforming state government, increasing teacher salaries, funding schools which would eventually become Morehead State and Murray State universities and passing the 19th Amendment in Kentucky. He deployed the Kentucky National Guard to Lexington in 1920 to quell a lynch mob at the trial of Will Lockett.

Lockett, an African-American, was without a lawyer when he confessed to the murder. He was tried in a half hour and sentenced to die in the electric chair. The mob, however, sought to act more quickly than “swift justice” (though some versions of the story have the ultimate source of the ruckus as a photo op by a local newspaper photographer). The National Guard fired, killing 6 and wounding 50. With martial law declared, no further incidents occured and Lockett was executed at the state penitentiary 30 days later.

Governor Morrow received accolades from the NAACP for his efforts in the first successful squelching of a lynch mob in the south. The mob is pictured below. 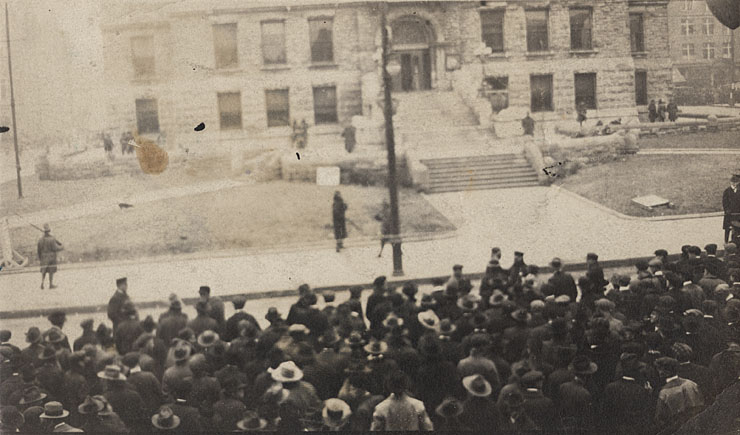