On my tour of the Old Fayette County Courthouse, my guide stopped to take pictures of children eating birthday cake. Whose birthday? The Lexington History Museum celebrates this month its sixth anniversary – happy birthday! During this busy day, I had the opportunity to walk and talk with Jamie Millard, the President of this great museum. Thanks to Jamie and the staff of the Museum for coordinating this tour on such a busy day! 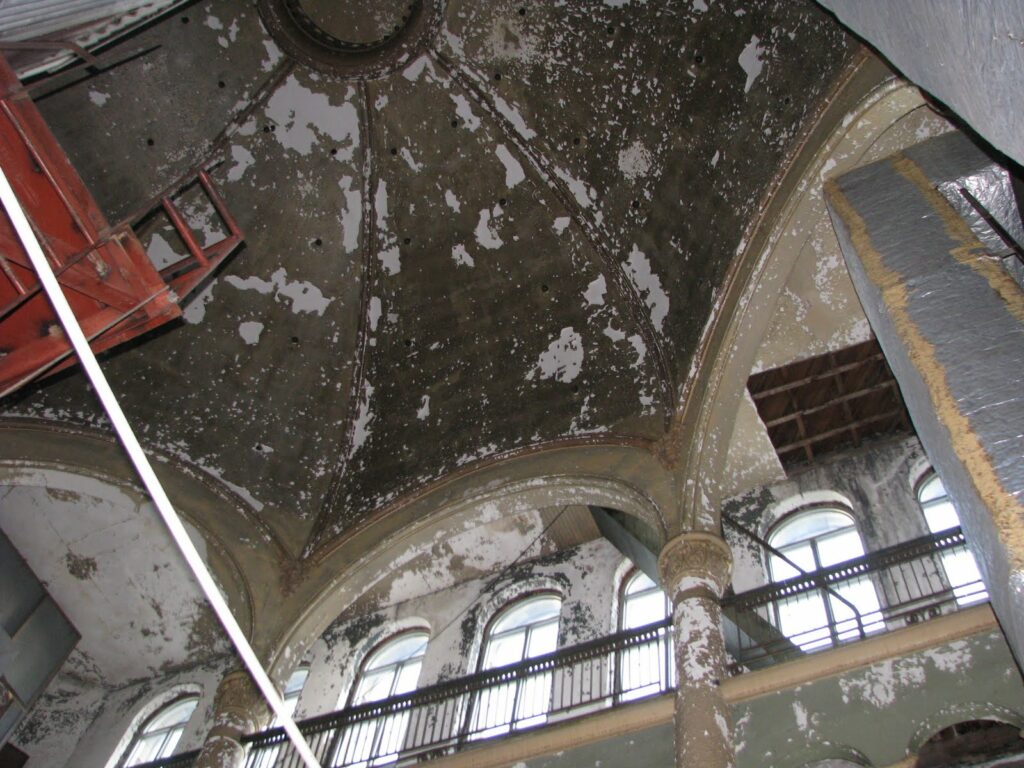 The old Courthouse was finished in 1900 and is the fifth Courthouse to stand on the site. In the courthouse’s infancy, the the county required only one courtroom. But as dockets grew, room was made within the structure for additional courtrooms. By the 1950s, however, it was obvious that the courthouse was not sufficient absent significant change. A massive renovation of the building was done in the late 1950s. 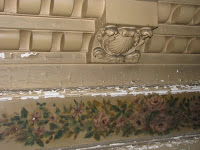 Prior to the renovation, visitors inside the courthouse would have marveled at a grand staircase as they gazed up 107 feet to the dome ceiling. The dome, picture above, was painted a blue with dozens of lights which would have illuminated the dome – then one of Lexington’s tallest structures – and the surrounding area. The use of these electric lights in 1900 was groundbreaking; only Paris, France (the “City of Lights”) was using lightbulbs in such innovative ways. The lights would also have illuminated the beautiful interior – the carvings and paintings reminiscent of a 14th century Tibetan palace. 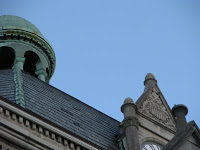 But during the renovations, the grand stairwell was removed and the dome sealed off. The area now below the dome is filled with HVAC and mechanical systems. Although I was disappointed that the remodeling done in the 1950s had hidden from view these great architectural attributes, Millard was quick to point out that this “adaptive reuse” resulted in the preservation of the building’s exterior. And it likely saved Lexington from having at its core a Soviet-era courthouse.

walkLEX will certainly visit the Lexington History Museum and the old Courthouse again – there is so much more to see.