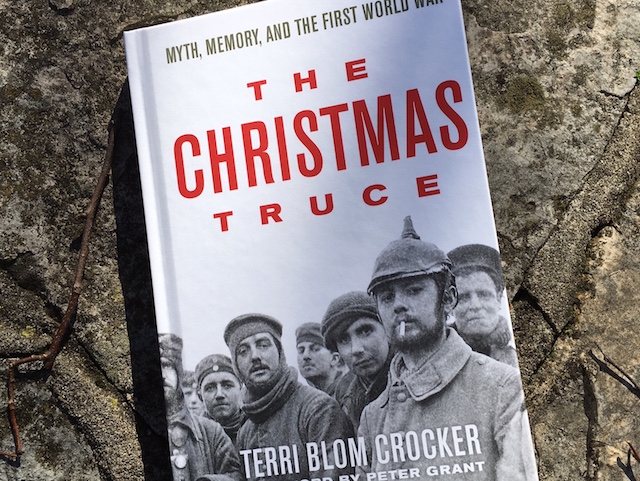 Oh, the snowflakes fell in silence
Over Belleau Wood that night
For a Christmas truce had been declared
By both sides of the fight.

These lyrics from one of Garth Brooks’ songs inspired my intrigue in the Christmas Truce of World War I ever since the song was released nearly 20 years ago. And while I’m passionate about Kentucky history, I’m admittedly unversed on world history of the 20th century (an indictment on both what we teach in American schools and on my own collegiate course selection). So I took Garth at his word.

The common notions regarding the Christmas Truce, which I’d been taught to believe, were wrong.

Which is why I was quite pleased to find myself seated next to Terri Crocker at the Kentucky Book Fair last month. She is the author of The Christmas Truce (University Press of Kentucky, 2015; $40.00). A New Yorker by birth, Crocker is a PhD candidate at the University of Kentucky where she also works as a paralegal. Her historical passion and investigative nature are what make The Christmas Truce such an excellent work. 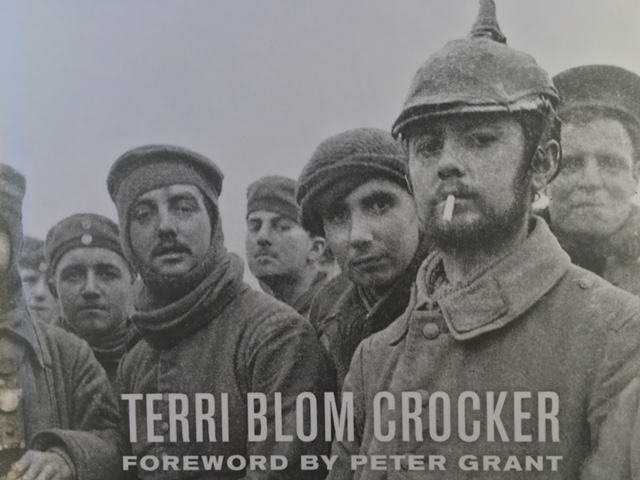 Crocker works through the most common misconceptions about the Christmas Truce, chiefly that the soldiers hated the enemy or that the holiday detente was purposed solely as a mutiny against a purposeless war and feckless military brass. Instead, Crocker posits (utilizing the many contemporary reports and private letters of soldiers) that the Truce broke the monotony of a hellish, trench-based warfare against an enemy that differed not from their own.

Crocker, through meticulous research, dismantles the revisionist histories put forth in the 1960s by both historian and filmmaker alike to reveal a significant series of events which began independently at various points along the 20-mile Western Front.

The Truce also varied in how is was celebrated along that Front. In places, football (soccer) was played between British Expeditionary Forces and the Germans while in others the opportunity was taken to retrieve fallen comrades from the no-mans-land between the trenches. Christmas songs were sung, the Germans illuminated small Christmas trees, and food and drink were shared to varying degrees.

A constant, notes Crocker, was that “cease-fires ended with firing that had been prearranged,” but that out of “honour” one side informed the other of that prearranged time. Although the Truce was a welcome reprieve, it was known that the War was not over.

As we celebrate the centennial of the Great War, World War I, it is important to review and challenge the commonly accepted version of history. Especially when that accepted version is, in fact, inaccurate. Crocker does just that by setting aside the Truce’s mythological power and investigating the events as told by those who were present during this moment in history.

The Christmas Truce: Myth, Memory, and the First World War was published by the University Press of Kentucky in 2015.