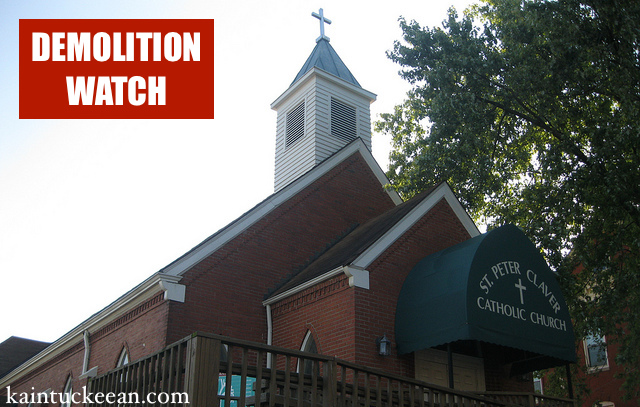 St. Peter Claver Catholic Church is located at the northeast corner of Jefferson and Fourth streets in Lexington’s Northside neighborhood. On November 6, 2015, the demolition permit was issued for this holy place.

But we knew it was coming.

The demolition is part of Phase II of a rehabilitation of the campus for this parish which dates to the 1880s. According to an April 1907 edition of the Lexington Leader, a “Catholic Church for the Negroes in Lexington is now under organization [and] a chapel has been secured in the colored Catholic school on West Fourth street, near Jefferson, and it will be opened within a short time.” Previously, space was reserved “in the local Catholic Church for the colored people to worship.” 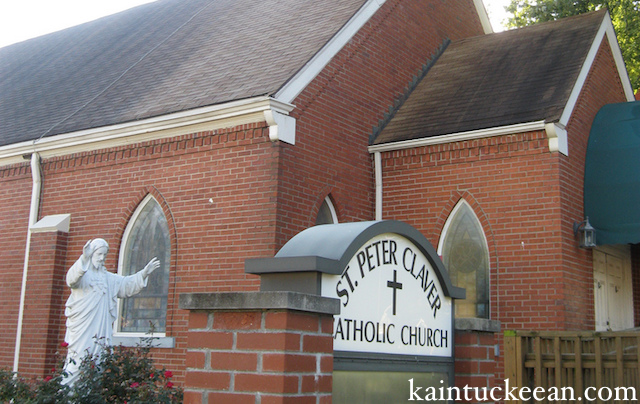 In Phase One, the ca. 1913 parish school was renovated earning high marks and awards from historic preservationists. Now, in Phase Two, the church builing (mid-20th century) is being demolished to make way for a larger sanctuary.

Although in 1995, the Diocese cut the number of priests at the three downtown parishes from 3 to 2, the St. Peter Claver Catholic Church has been bursting at the seams. The new facility will have seating for 450, up from about 250. It is a growing parish that is serving the needs of its community.

Saint Peter Claver was a Jesuit priest. A Spanish native who immigrated to present-day Columbia in 1610. Among other things, he is the patron saint of race relations and ministry to African-Americans. He was canonized in in 1888 by Pope Leo XIII.