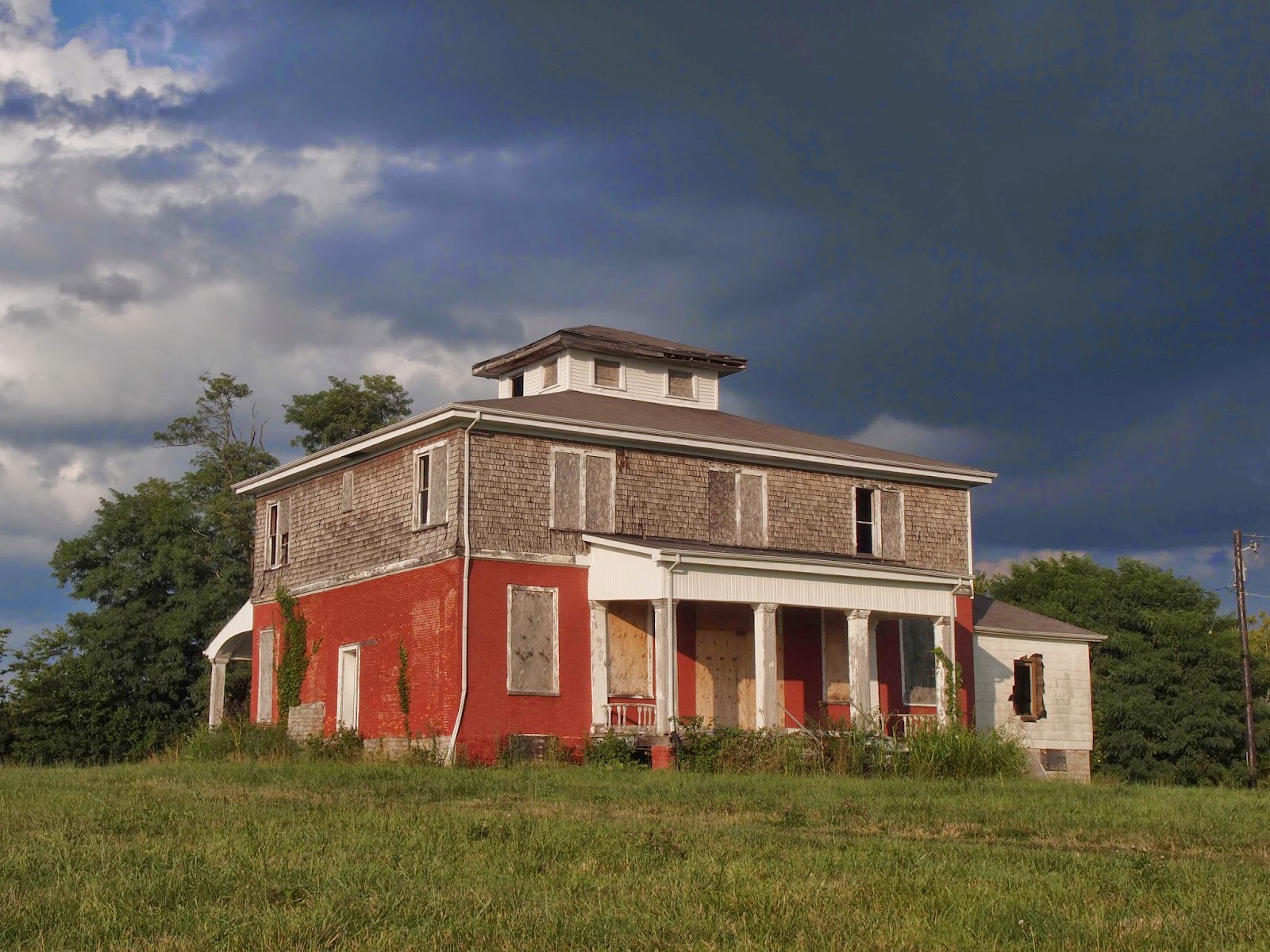 On Veterans Day, the Harrison County Fiscal Court chose to ‘honor’ the memory of one of Kentucky’s most prominent Veterans by voting to demolish his residence, Ridgeway (aka The Handy House), just 3 years shy of its 200th birthday. This former home of U.S. Congressman and War of 1812 Veteran, Colonel William Brown, sits at the top of a hill in the ‘new’ Flat Run Veterans Park off Oddville Pike, heading out of Cynthiana. The park has existed for nearly ten years, but it remains unfinished, and the local population has been divided on what to do with this structurally sound, but cosmetically challenged historic treasure.

The history of the house is quite remarkable. As mentioned above, the original owner was U.S. Congressman and War of 1812 Veteran, Colonel William Brown. He was an attorney and close friend of Henry Clay. Both served in the 16th Congress, which established the Missouri Compromise. Colonel Brown’s wife, Harriet Warfield, was the sister of Lexington’s Dr. Elisha Warfield. He is well known as the owner of the famed racehorse Lexington and as the physician who delivered Mary Todd Lincoln.

Thus began the Brown family’s connection to the Todd/Lincoln families. As Kentuckians migrated west, many families moved into the Illinois territory. The Brown family began this move as did some of the Todds. At this time, Colonel Brown was also leaning toward an anti-slavery stance, despite owning 30 slaves at Ridgeway. As he relocated his family, he freed his slaves and brought a few of them along to work as employed free men. The sons and nephew of the Colonel got caught up in the Black Hawk War and fought alongside another new Kentucky emigrant, Abraham Lincoln. The comrades in arms formed long lasting friendships, and Lincoln accompanied the Brown family men back to their new property to help clear it after the war, alongside Ridgeway’s former slaves. 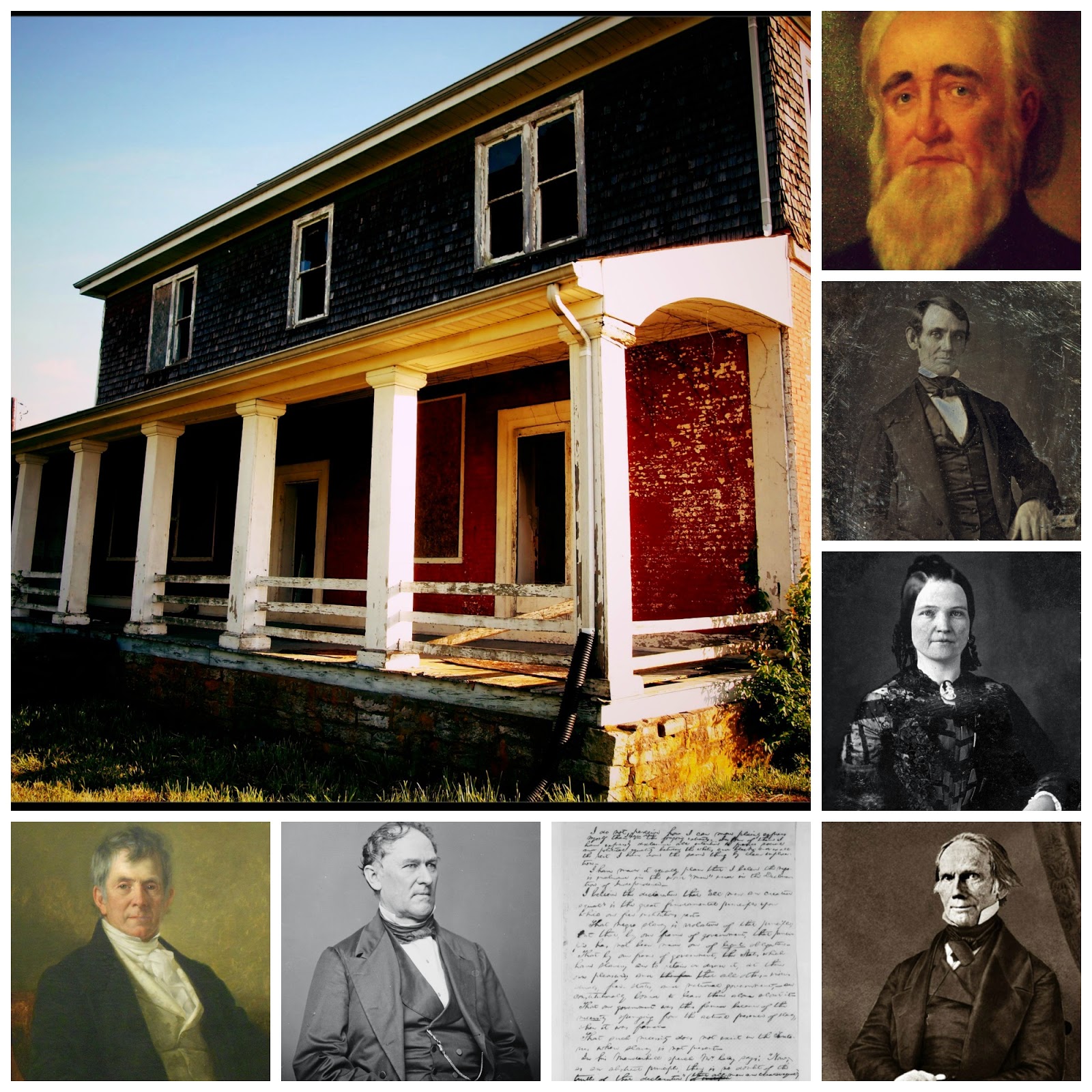 As the years went by, evidence of Lincoln’s friendship with this family can be found in many ways.

When Lincoln was running for office for the first time in 1858, he wrote to the Colonel’s son (Capt. James N. Brown), assuring him of his stance on slavery:

I believe the declara[tion] that ‘all men are created equal’ is the great fundamental principle upon which our free institutions rest.

After Lincoln’s assassination, James was personally selected by Mary Todd Lincoln to serve as one of Abraham’s pall bearers on the final leg of the body’s journey in Springfield. James’ children are buried at Ridgeway, and the stones have been broken off and carried into the foyer of the house.

The Colonel’s nephew, Orville Hickman Browning, another Cynthiana native and resident of Ridgeway, studied the law at the house with his Uncle. Browning became one of Lincoln’s closest friends, and was later appointed U.S. Secretary of the Interior by President Johnson. When Abraham and Mary lost their son Willie, the Brownings were called to the White House to handle the funeral arrangements and to comfort Mary. It was to Browning in 1861 that Lincoln penned the famous line:

I think to lose Kentucky is nearly the same as to lose the whole game. 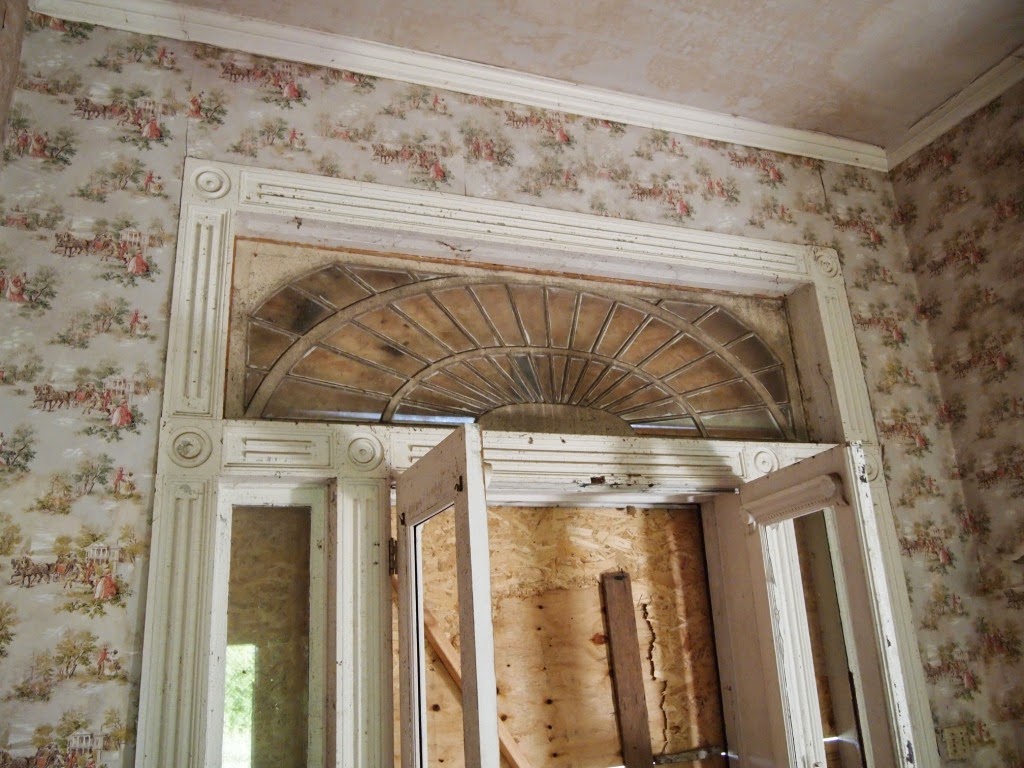 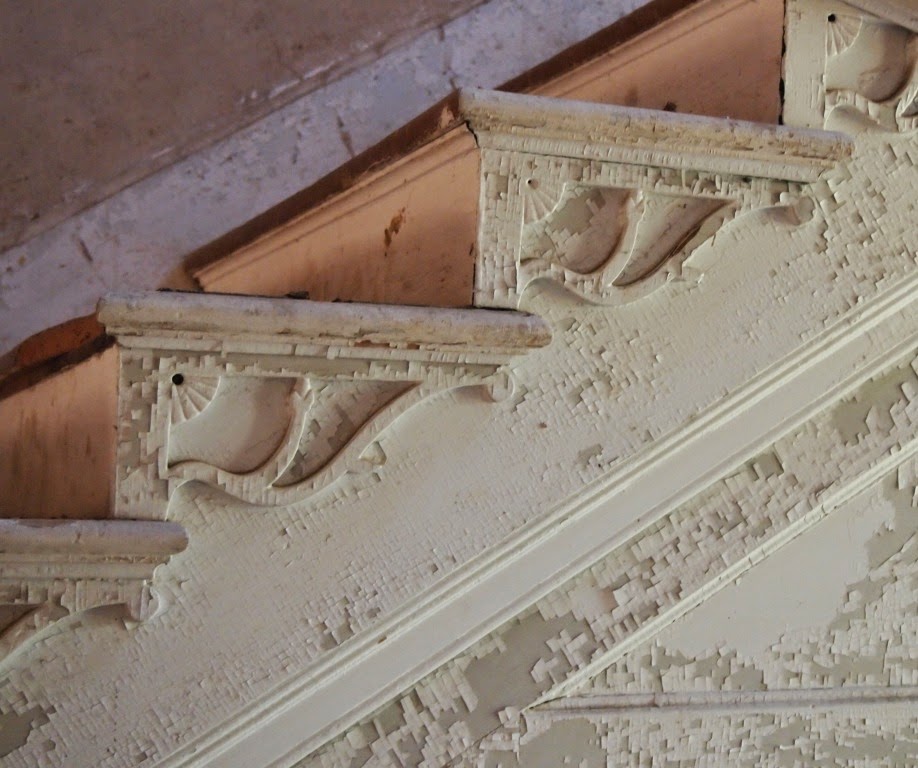 After the Brown family finally sold the farm to Dr. Frazer, Ridgeway had many chapters of historical importance. Here is a timeline of known events:

As faithful friends of the house worked tirelessly to save this landmark, others have pushed to replace it with a swimming pool even though the plans for Flat Runs Veterans Park accommodate both the historical property and the swimming facility. 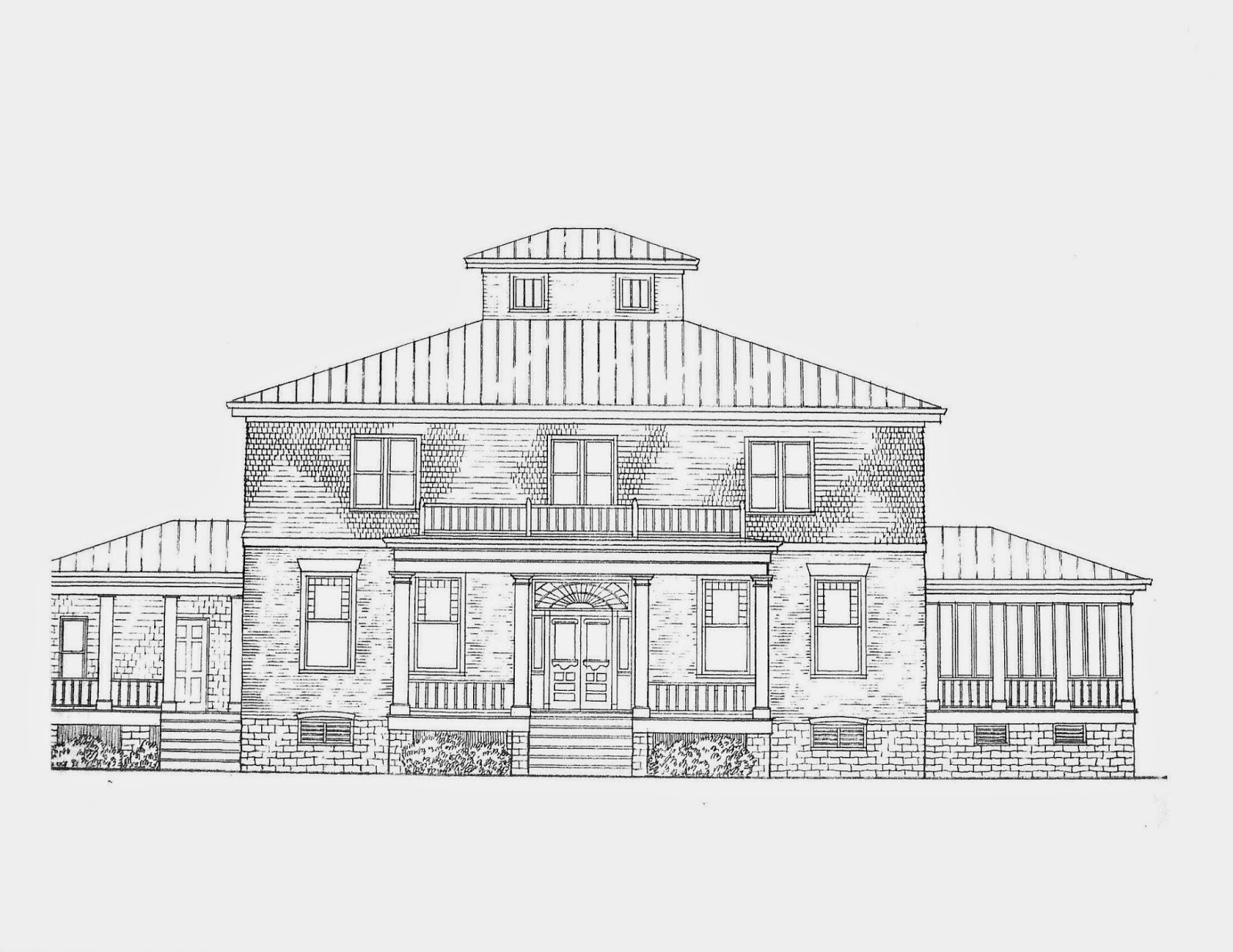 When the original lease holders – the Harrison County Historical Society – unexpectedly relinquished the lease before it’s allotted time, a different non-profit was formed to ask for the lease to be transferred to them. Since 2012, that group – the Harrison County Heritage Council – has been actively making plans in the event it was awarded the lease. But each year there has been delay after delay, and new criteria set before us to fulfill prior to the lease being awarded, which we have always met. In July of 2014, a 23-page business plan was submitted to the city and county officials by Massachusetts real estate developer, and 4th great grandson of Colonel William Brown, Chris Starr. After the presentation, both groups responded very favorably and asked for our non profit paperwork prior to taking a vote. This had already been submitted and was awaiting rush processing, but the Mayor warned everyone that this could take up to 9 months due to a back-up in the system. We didn’t need to wait that long, as it was processed in August, and mailed back to us on November 7th. Unfortunately, without any notification, and with only a partial number of magistrates present, the Fiscal Court took it upon themselves to call for a vote 4 days later on Veterans Day. The Fiscal Court cited security concerns and lack of communication from our organization. Again, we were all on the same page – waiting on our paperwork prior to a vote. Plus, we had moved to secure the back door as requested.

We have been preparing to take quick action as soon as we received the lease – grant money allowed us to order the roof, landscaper has plans and men ready to break ground, money has continued to be raised, porches are ready to be fixed by local carpenters….all we needed was the final vote to allow us the permission to take action and turn this landmark into a much needed community center and event space that would provide revenue for decades to come.

We have one last stop: the City Commissioners meeting on November 25th at 5:30pm at Cynthiana’s City Hall. They have yet to cast their vote. If they agree to demolish, the fight looks just about over. Our organization feels the history of this house is larger than Cynthiana, and is a wonderful part of Kentucky’s heritage.

We welcome supporters from around the state or country – please call or e-mail the City/County officials of Harrison County/Cynthiana. Contact information is available on the City of Cynthiana’s website. Please urge them to vote in favor of restoration!