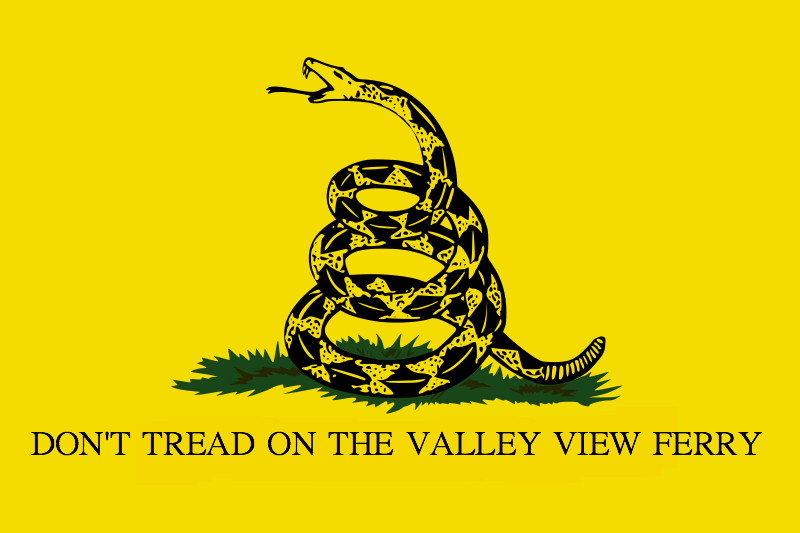 “I know not what course others may take; but as for me Give me Liberty, or give me Death!”

Patrick Henry’s famous oratory has been a call to freedom since he uttered those words before the Virginia House of Burgesses in 1775. Henry would go on to serve as the governor of Virginia from 1784 to 1786.

During this time, he signed a “perpetual and irrevocable” charter for the operation of a ferry boat in favor of John Craig. The ferry would cross the Kentucky River between Fayette and Madison Counties near the mouth of Tate’s Creek.

It can thus be said that one headed southbound on the ferry departs from Jessamine, but those arriving on a northbound trip would arrive in Fayette.

From either direction, passengers on the ferry might pick up on the historical cues flying overhead. The vessel, aptly named the John Craig after the first ferry operator, carries four flags. The American, the POW-MIA and the Kentucky flags wave alongside the flag of Virginia under whose charter Valley View remains operational.

Few passengers in the 350 vehicles ferried daily probably consider the history of the ferry. For commuters, it is simply a vital shortcut between Richmond and Lexington or Nicholasville. For the tourists who often travel the ferry, the focus is on the nostalgic crossing itself. 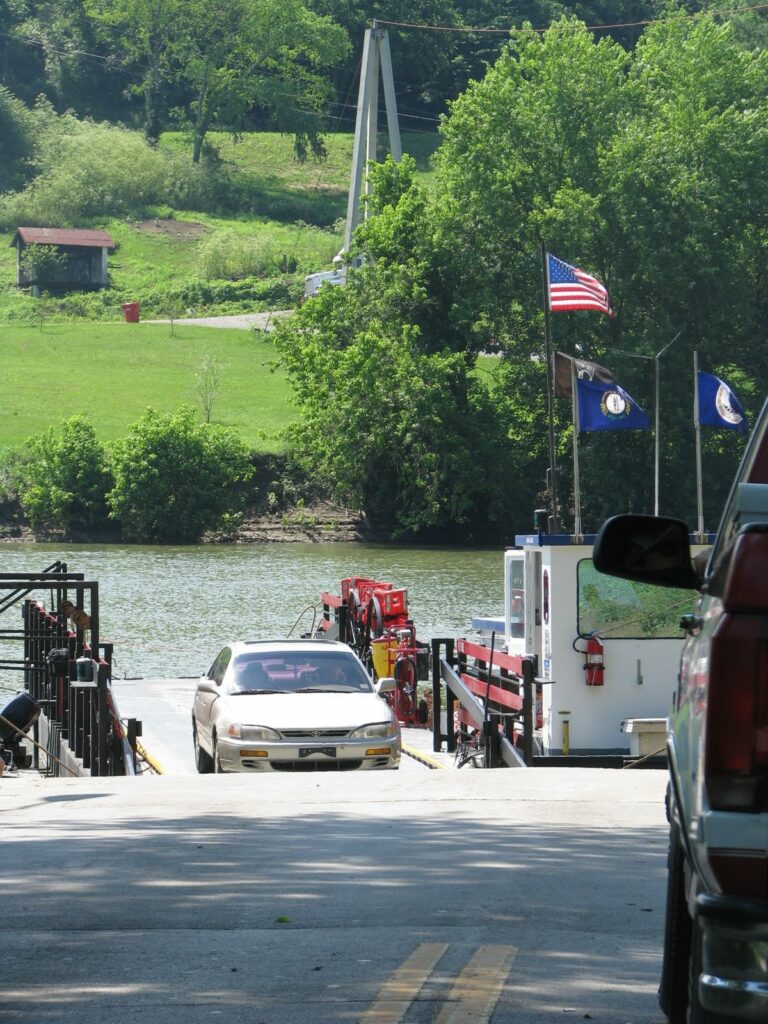 Federal regulations imposed in 2006, however, are making it harder for the oldest continually operated enterprise in Kentucky to continue, since the operator must be a captain licensed with the United States Coast Guard.

Licensure can take four to six months and cost about $2,000. This makes it difficult to find a replacement captain when one resigns.

The John Craig has no steering capability and is tethered to overhead guide cables which are used to maneuver the vessel across the 500-foot stretch of river. Valley View isn’t the Staten Island Ferry or one of those crossing Washington state’s Puget Sound.

Yet it is snared into the bureaucratic red tape designed for these large ferries which sail on open waters. The regulations are a one-size-fits-all misfit threatening the Valley View Ferry’s own existence.

And while it seems that the Valley View Ferry Authority has secured a new captain which will, in due time, allow a return to normal hours of operation, the remaining existence of these federal regulations remain as a long-term threat.

In other words, the Preservation Act simply returns regulatory authority over the Valley View Ferry to the state.

Certainly, Patrick Henry would have been pleased with the Preservation Act. He was an ardent supporter of state’s rights who even declined to attend the 1787 Constitutional Convention in Philadelphia. Henry feared that the federal government would become its own monarchy leaving little room for the individual States.

This column originally appeared in the Jessamine Journal.
It should not be republished without permission.