This post was originally written in 2015 and entitled “Jefferson Davis Gets His Citizenship Back”, but was updated in 2020 following the Historic Properties Advisory Commission voting 11-1 to remove the statue of Jefferson Davis from the rotunda of the Capitol. Changes are in bold.

It is not often that I review a book that came to print more than thirty years ago, but events of late have brought Jefferson Davis to the forefront of our national psyche. In Kentucky, we are asking whether a statue of Jefferson Davis should or should not be removed from the rotunda of the state capitol. In South Carolina today (2015), the Rebel flag is likely to be permanently removed from the grounds of the state capitol in Columbia.

Back in Frankfort, Davis’ statue stands in a ring of four around a larger, central statue of Abraham Lincoln. The other three Kentuckians recognized in the statuary collection are Ephraim McDowell, Henry Clay, and Alben Barkley. That is, until Davis’ statue was removed. On June 12, 2020, the statue was removed following an emergency meeting of the advisory commission which oversees the rotunda. The recommendation and motion to remove the statue was made by the state curator, Carol Mitchell. Following discussion, the motion carried 11-1. The statue will ultimately be relocated to Jefferson Davis’ birthplace in Fairview, Kentucky, where it can be appropriately contextualized.

But it is the fifteen foot tall statue of Jefferson Davis that is drawing attention. The question and discussion is good: should Kentucky recognize and honor in her seat of government a man who was a traitor to the United States by leading a rebellion against the Union for the cause of enslavement of millions of Americans?

In considering the question, I wanted to better understand Jeff Davis. I turned to a book on my shelf that I had not before read: Jefferson Davis Gets His Citizenship Back. Written by Kentucky-native Robert Penn Warren, this 114-page short history of Jefferson Davis was first published in 1980. 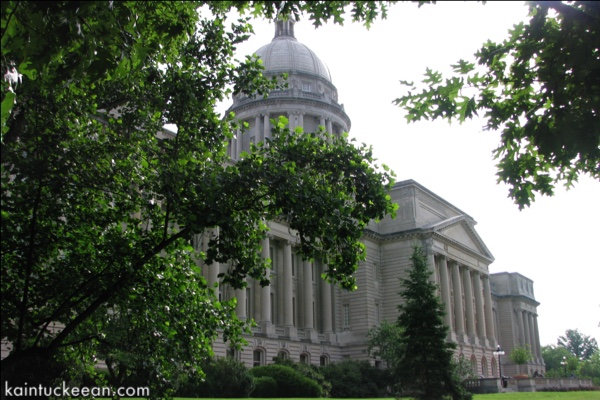 Both Davis and Warren are natives of Todd County, Kentucky. In late 1978 and nearly nine decades after the former Confederate president’s death, Jefferson Davis’ U.S. citizenship was posthumously restored. Warren took the opportunity to recall Davis’ life and legacy which he intertwined with his own memories of Todd County.

It is in Todd County that the great obelisk to Jefferson Davis stands. The building of the obelisk in Fairview, Kentucky was begun in 1917 and suspended during the war effort (World War I). At the age of about twelve, Warren was driven by his family to see the construction site. His conflicted opinion of both Davis and the monument follow as he was unsure “about the mystery of the pain, vision, valor, human weakness, and error of the past being somehow transformed into, glorified into, the immobile thrust of concrete (not even the dignity of stone).” 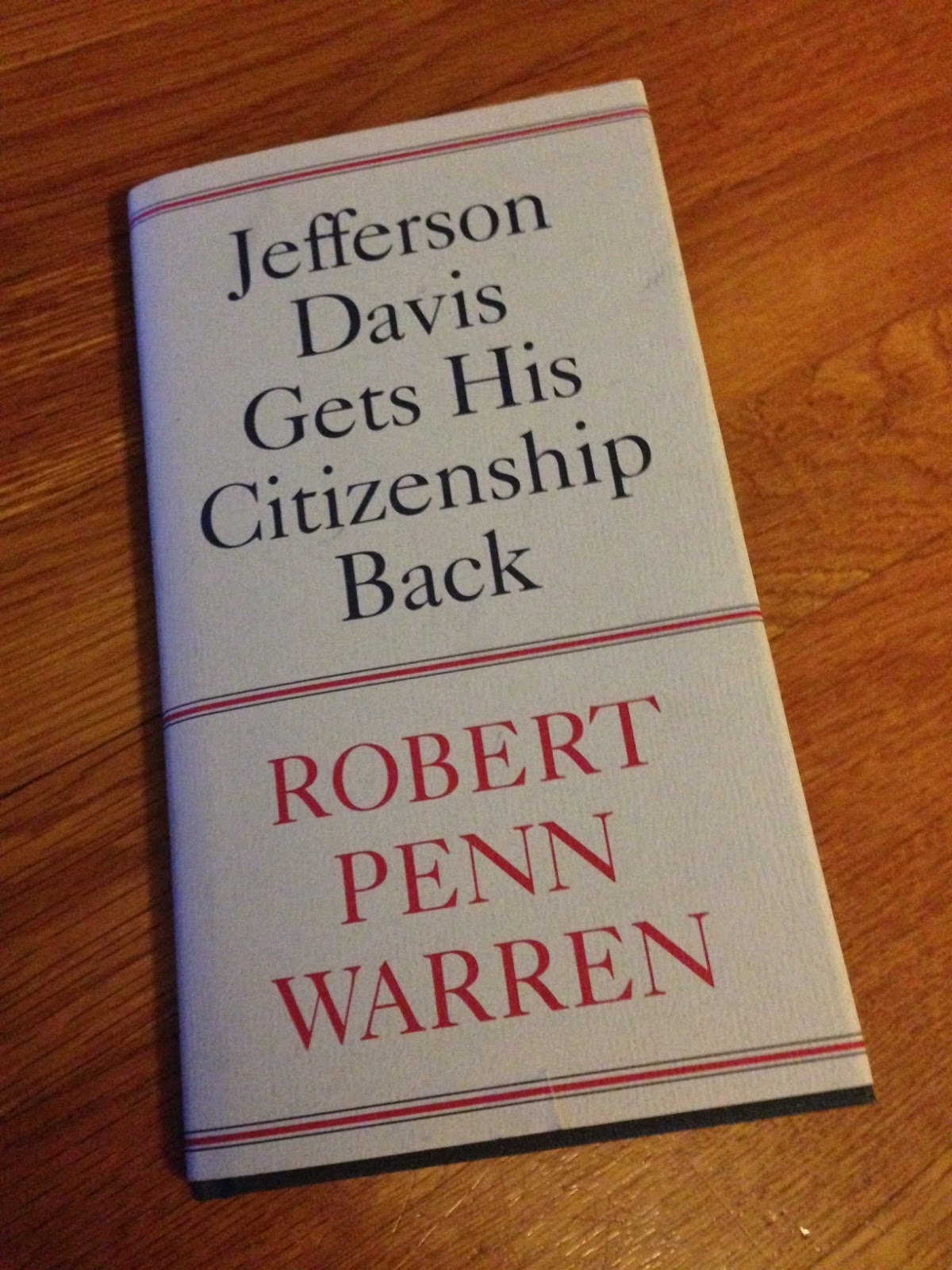 By the time this construction had begun, the former Confederate president had been laid in the ground some twenty years earlier. In his life, Jefferson Davis served valiantly in the Mexican War leading a regiment of the Mississippi Rifles, most notably, at the Battle of Buena Vista. For his valor and success on the field of battle, President James K. Polk promoted Davis to the rank of brigadier general. But Davis “decorously [threw] back into [Polk’s] face with a lesson in constitutionality: no one but the governor of Mississippi could legally promote a colonel of the Mississippi Rifles.”

Davis’ commitment to states rights and to Mississippi were without doubt. The resurrection of such a commitment to the ideal with today’s Tea Party movement would have seemed odd to Robert Penn Warren, just as he observed the oddity of it 150 years ago:

How odd [the overemphasis on states’ rights] seems now – when the sky hums with traffic, and eight-lane highways stinking of high-test rip across hypothetical state lines, and half the citizens don’t know or care where they were born just so they can get somewhere fast.

Warren notes, too, that it was this commitment to state that, in part, might have cost the South the war. Just as the new colonies declaring their independence from England could not survive under the Articles of Confederation, the Confederacy was doomed because of its form. While Lincoln could order men to fight for the Union, Davis possessed far fewer powers when he served as President of the Confederate States.

It is the conflict of the man Jefferson Davis – his weakness, his ideals, his weak role in an institution that was structurally defective, his military success in the Mexican War, his personal love and loss – that make Robert Penn Warren’s book a beautiful story. And it is through the lens of history, circa 1980, that Warren makes what I think may be a profound point: if Davis “were not now defenseless in death, he would no doubt reject the citizenship we so charitably thrust upon him.”

The monetization of America would have distressed Davis (just as it would both Lincoln or Grant) such that Warren questioned whether any of these men would accept a “nation that sometimes seems technologically and philosophically devoted to the depersonalization of men? In a way, in their irrefrangible personal identity, Lincoln and Grant were almost as old-fashioned as Jefferson Davis.”

But in discussing Davis’ views on Lincoln’s emancipation of the slaves, Warren didn’t delve deep enough for our more modern lens. Davis was a slaveholder, true, but he believed in a lesser and a superior race thinking that it was a moral duty of the superior race to care for those in the lesser class. This omission leaves a chasm in the person of Davis. This superior-inferior representation and description by Warren went too far in restoring Davis to a better light than is appropriate.

Notwithstanding that omission, Robert Penn Warren weaves a portrait of Jefferson Davis that is complicated and the book – Jefferson Davis Gets His Citizenship Back – is worthy of reading.

And fortunately, the statue of Jefferson Davis has now been removed from the Kentucky Capitol.