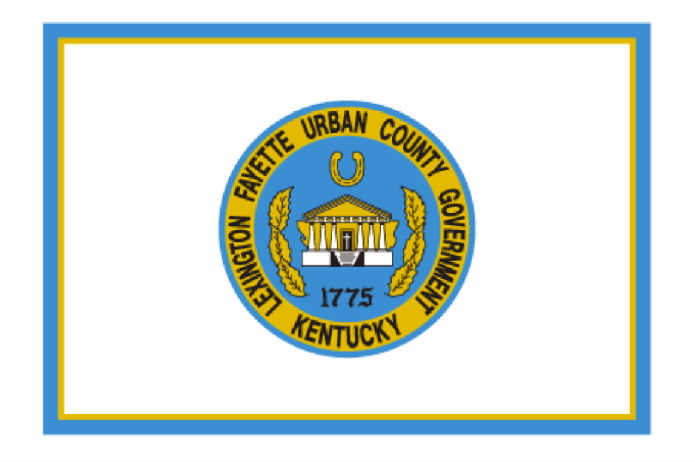 I’m kind of a flag nerd. I’ve always had a thing for flags. When I was little, I’d always get the flag for the state or country I was visiting. Sometimes, I’d even correct an improper flag display. And I love Dr. Sheldon Cooper Presents Fun With Flags segments on CBS’ Big Bang Theory!

So when I saw the cover of today’s Herald-Leader, I was excited to see the prominent display of the flag for the Lexington-Fayette Urban County Government prominently placed above the fold. And below the fold was the headline: “Does Lexington need a memorable city flag?“

The short answer is a resounding YES! But the longer answer is, of course, more interesting. The article notes two groups (Lexington firefighters and 8th graders at Lexington Christian Academy) that  are pushing for a new flag and promoting a few of their own designs.

The H-L article prompted me to watch an 18-minute TED talk by Roman Mars which I’ve embedded below.  Mars discusses the elements of a good flag and gives examples of both good and bad flags. Countries are pretty good at making strong banners, but American cities are pretty horrible at the task. Mars even featured Lexington’s own flag as a “bad flag” example, which is what prompted the firefighters mentioned above to take on their effort.

What makes a good flag? According to the North American Vexillogical Association, or NMVA, (far bigger flag nerds than I), there are five key principles:

1. Keep it Simple
2. Use Meaningful Symbolism
3. Use 2 or 3 Basic Colors
4. No Lettering or Seals
5. Be Distinctive or Be Related.

All of this makes sense. In fact, these are pretty good design principles overall. So how do Kentucky flags stack up on this scale? The Kentucky flag itself is, like the Lexington flag, an SOB (seal on a bedsheet). It’s just a blue background with the state seal on it. Pretty boring, indistinctive, and not simple (in that the details of the seal itself are complex).

Other cities in Kentucky vary…

In 2004, the NMVA conducted a survey ranking the flags of American cities. The two best were Washington DC and Chicago, but I was really surprised to see that Louisville was ranked #9! Go Louisville!! (In case you were wondering, Lexington ranked #112 in the same survey.)

Really, it is a great looking flag! But wait… Louisville merged with Jefferson County in 2003 to form a Metro Government.

Surely wisdom (and better design) prevailed and the old flag was retained? Nope. Instead, the ‘Ville now flies this lesser banner which is, predictably, another SOB:

Ugh. Another example of Kentucky just not being able to have nice things.

Bowling Green didn’t make the NMVA Survey. It’s current flag isn’t an SOB, but it is close. If it were just the fountain, it might work. But I’m not so sure you could read the text if it were flying in the breeze at 100 feet away. 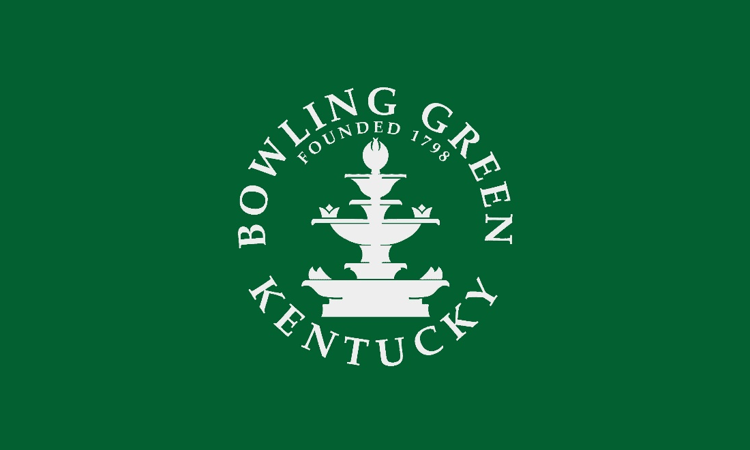 Like Lexington, Bowling Green is contemplating a new flag. There’s a movement afoot to change the flag to this distinctive banner: 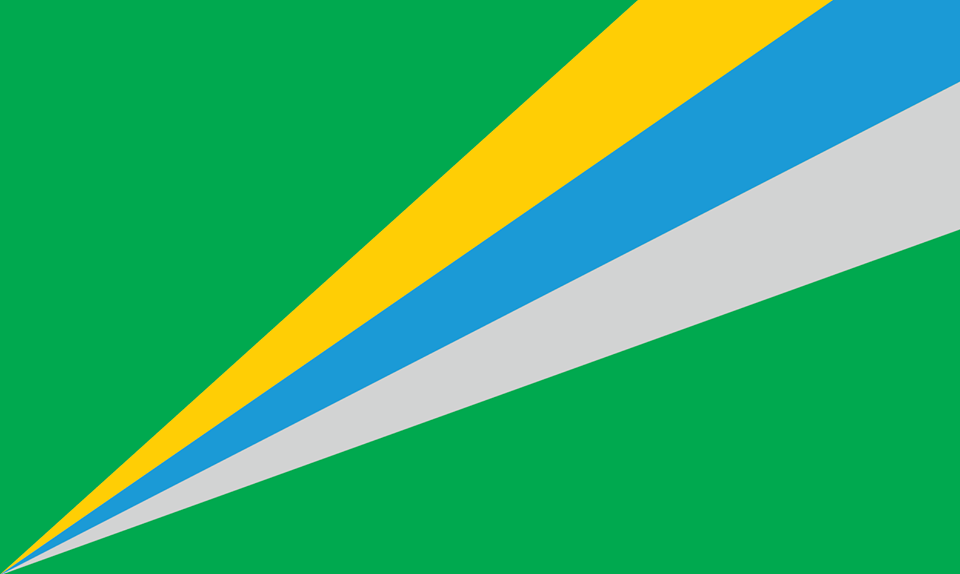 The green background is self-explanatory for a town called Bowling Green. The gold represents prosperity, the blue the Barren River, and the grey represents the roads that connect in Bowling Green. It’s a good, distinctive flag that follows the 5 Principles.

Hopefully, something good will come Lexington’s way. The Portland (OR) Flag Association maintains a list (including Bowling Green) of municipalities in America looking at improving their flags. I imagine Lexington will soon make the list!

(and here’s that TED talk from Roman Mars I promised…)