I saw that a demolition permit had been issued for another shotgun house. This one is on Eddie Street and it was filed on Monday, May 4.

Eddie Street? In all my walks of downtown Lexington, I couldn’t recall being down Eddie Street. So I  found it on a map and headed that way. Parallel to Main Street, Eddie runs between North Limestone and Maple Avenue to the north of Seventh Street.

Eddie Street has a lot of shotguns. It was interesting how the Eddie Street shotguns have evolved over time. Some have stone façades and others have been covered in brick. Many are covered with vinyl siding, while a couple still reveal their old cedar siding.

There are also some cottages, a couple of Habitat homes, and one structure that appeared to be the street’s oldest.

According to the Fayette PVA, 165 Eddie Street was built in 1900 though I suspect its history is older.  At a full two stories, the structure stood out on the street (a fact aided by its vibrant blue color). One of its residents was “a United Methodist minister and Lexington civic leader” who died in the home in August 1986 according to the Herald-Leader. According to the Notable Kentucky African American Database, Rev. Horace Henry Greene was the first African American president of the Louisville Ministerial Association (1961). Five years later, he became the second African American to fill a school board seat on Lexington’s school board. He also was the first black city commissioner candidate in Lexington.

But a glance at property records indicate that the house remained in family hands for 20 years after Rev. Greene’s passing, but in a sad twist the home was lost to foreclosure in 2006. The property has exchanged hands several times since and is now owned by a landlord in Arkansas.

News articles mentioning Eddie Street date back to 1902 with the vast majority of mentions being in the newspapers’ “colored” sections. One article, dating from a January 1913 edition of the Lexington Leader had the headline “Water Drives Out Residents on Eddie Street.” It read, “the recent heavy rains have caused a great gathering of the waters in the low section of the city around Eddie street, and many of the families were forced to leave their homes at a late hour Saturday night to escape being drowned in their beds.”

Flooding didn’t seem to occupy the newspapers’ references to Eddie Street over the following decades, though drug deals and arson did seem to play a major role in the neighborhood’s development.

The decline in the neighborhood gives rise to vacant and condemned properties, and thus the recent demolition permit. 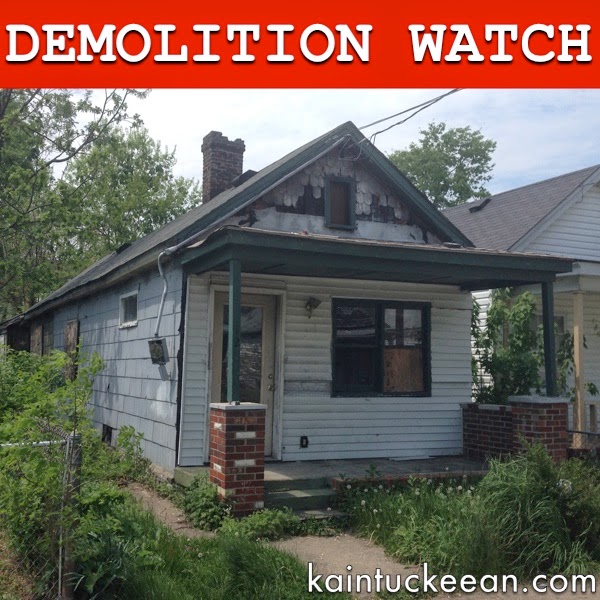 The building slated for demolition, 128 Eddie Street, recently suffered from a fire. The demolition permit is made by LuigART Makers Spaces. LuigART is a “program that transforms vacant or condemned properties in the North Limestone neighborhood into affordable live/work units that are respective to the neighborhood’s historical context” according to the NoLi CDC.

NoLi CDC and LuigART are hoping to duplicate their success from shotgun renovations on York Street on Eddie Street. With an ambitious goal of rebuilding six houses on Eddie Street this summer, the work begins at 128 Eddie.

It’s here that it is worth noting (again) that a demolition permit isn’t always a bad thing. This permit indicates an investment in the community by transforming an otherwise vacant or condemned structure. 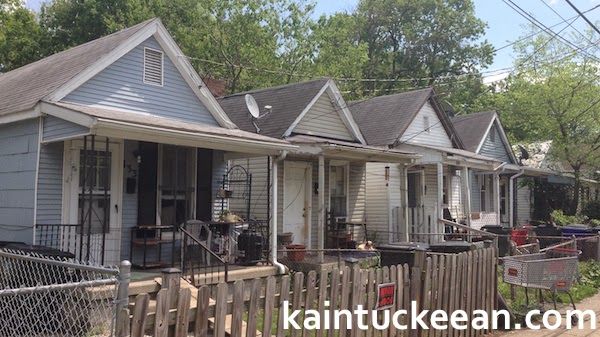