Last autumn, our collective attention turned to Boyle County. Within one week, this small central Kentucky county hosted both 2,000 Civil War reenactors and thousands more visitors for the Battle of Perryville’s sesquicentennial celebration as well as the hundreds of political and media luminaries assembled for the Vice-Presidential Debate.

The national attention received in October 2012 is not new for either Boyle County or its seat of government, Danville. The area’s history, for Kentuckians, is richer still.

Danville was the home to Kentucky’s first courthouse, the first U.S. post office west of the Alleghenies, and the ten Constitutional conventions which culminated in Kentucky becoming the fifteenth state (or fourth commonwealth) in the Union. The Virginia legislature established Danville five years before Kentucky achieved statehood. Lexington’s Transylvania University originated in Danville. Centre College was chartered in 1819.

Without a doubt, the history of Boyle County is rich. 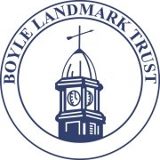 And so, in 1971, the Boyle Landmark Trust (“BLT”) was organized “to put back into use historical structures so that they may better serve our community and illuminate their important educational, social and cultural function.” BLT was organized by Cecil Dulin Wallace whose wife, Lily, would lead BLT for over a quarter century. The original “landmark” was Mrs. Wallace’s family home – the Cambus-Kenneth House – had been won in a hand of cards by Dr. Ephraim McDowell years before.

Perryville’s Merchant’s Row was the first major project for the BLT. These beautiful structures stand at the heart of a historic crossroads and were recently revitalized once again through the Main Street Perryville Program. But without the earlier work of the BLT, historic Perryville might not have survived the twentieth century.

More recently, the BLT has continued its decades long restoration of the Willis Russell House. Long owned by various local organizations committed to its preservation, the BLT has informed the public about this historic property.

“People here in Danville had seen this log structure, didn’t even know what it was, had no idea what it was about, the history of it. They hadn’t been in it. It’s just been kind of lying dormant for a number of years,” said Barbara Hulette, the President of the Boyle Landmark Trust in an interview with WUKY-FM. Hulette, of course, is no stranger to The Blue Grass Trust; she was very involved in this organization prior to her move to Danville several years ago. Since, she has shown her dedication to historic beyond Fayette County in Boyle County and elsewhere. For these efforts, Hulette received the 2012 John Wesley Hunt Award from the BGT.

Under Hulette’s leadership, the BLT has continued its efforts. Earlier this year, the Kentucky Transportation Cabinet placed a historic roadside marker in front of the Willis Russell House, located at 204 East Walnut Street. Not surprisingly, the funds for this historical marker were raised and secured through the efforts of the Boyle Landmark Trust.

Russell had been a slave owned by Lieutenant Robert Edward Craddock who had served in the Revolutionary War. Craddock’s will, probated in 1837, emancipated his slaves and provided some of them, including Russell, with land. Willis Russell received a ca. 1794 log house in the town of Danville as well at 509 acres on the waters near the Rolling Fork River. It was in his home where Mr. Russell opened a Danville’s first school for African American children.

The work of Mrs. Wallace, and of those of the Boyle Landmark Trust who have and will continue to follow her path, continues to preserve “Boyle County for generations to come.”

This article originally appeared in the January 2013 issue of Preservation Matters, a tri-annual publication of the Blue Grass Trust.