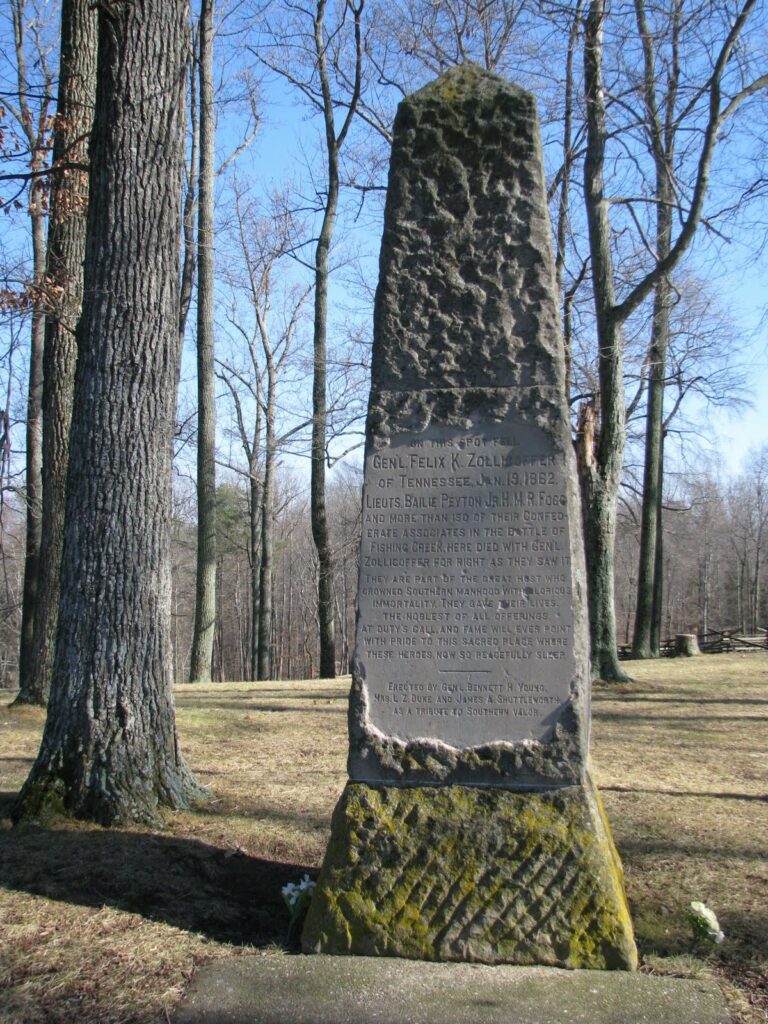 Union troops who fell are buried in the Mill Springs National Cemetery, but the Confederate fallen were hastily buried in shallow graves. Locals reburied these dead in a mass grave, but first removing and returning to Tennessee the remains of General Felix K. Zollicoffer.

During the Battle of Mill Springs, Zollicoffer accidentally rode on horseback into the Union line (it was raining and smoky from battle) believing it was own. He was killed on the spot and a white oak (the Zollie Tree) was soon thereafter planted to mark the site. 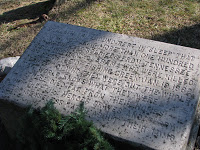 In 1902, ten-year old Dorothea Burton believed it unfair that annual memorials occurred only at the National Cemetery. She believed that the Confederate fallen should be acknowledged, and she took the initiative (with her father’s help) to clear the area around the Zollie Tree and to place a wreath at the site. It soon became an annual tradition, drawing the attention of the United Confederate Veterans Association. By 1910, an obelisk (pictured above, upon which a close examination will reveal bullet marks showing that the obelisk was once used by locals for target practice) was erected to mark the site where Zolliffer died. At the same time, a monument was also erected to mark the mass grave (pictured right). Today, representative markers for the fallen stand nearby though all of the remains continue to lie in the original mass grave site.

The area, later designated the Zollicoffer Park Cemetery eventually fell under the control of the Kentucky Department of Parks until 1992 when the Mill Springs Battlefield Association was formed to protect this and other sites associated with the 1862 battle.