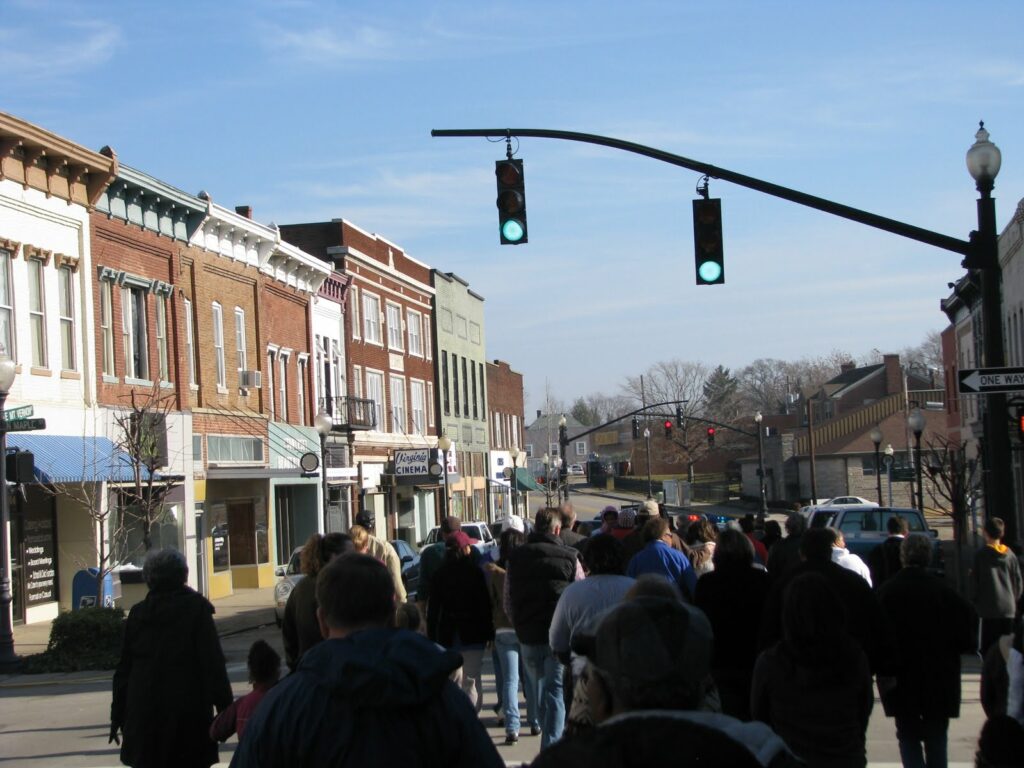 On Monday, I celebrated MLK Day by hopping in the car and driving to see more of Kentucky. When I arrived in Somerset, however, I was able to join in prayer and a short march through downtown. I abandoned the walk before its terminus, but Richard (pictured below) informed me that a meal in the park followed each year’s march.

I arrived at the central town square to see a diverse group of about 60 people gathered in front of the Pulaski County Courthouse. I joined in prayer with this group prior to walking. I was reminded of another diverse crowd I prayed with last year. Then, we were led by Rev. Rick Warren. He asked that we all join him in praying the Lord’s Prayer at the inauguration of President Barack Obama.

There, on Washington’s Pennsylvania Avenue – surrounded by people various ages, races and backgrounds – so many voices prayed, “Our Father, who art in Heaven.” On that day, just over a year ago, it was truly We the People. I thought of Washington while in Somerset.

Somerset is a small southern town located in a county and in an area sympathetic to the Confederacy. Memorials here speak to the Confederate “Southern Manhood” and “Glorious Immortality.” History and memorials aside, the people here know and recognize the import and legacy of Dr. King. Together, they walked and sang and remembered and lived his Dream.

Below is Richard, who thought I was with the local paper. He wanted his picture taken; he had always wanted to be in the paper. I told him I wasn’t with the paper, but that I’d make sure his photo got published on a blog. If you know Richard, make sure he sees this! The local paper did, however, post this article about the march. 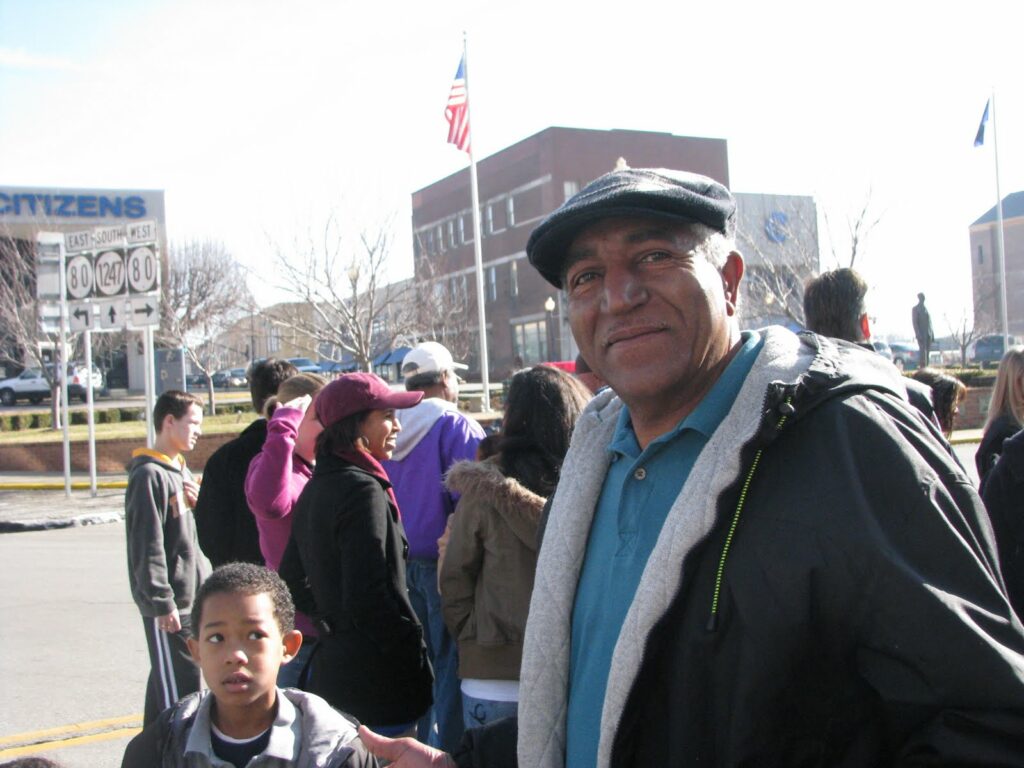