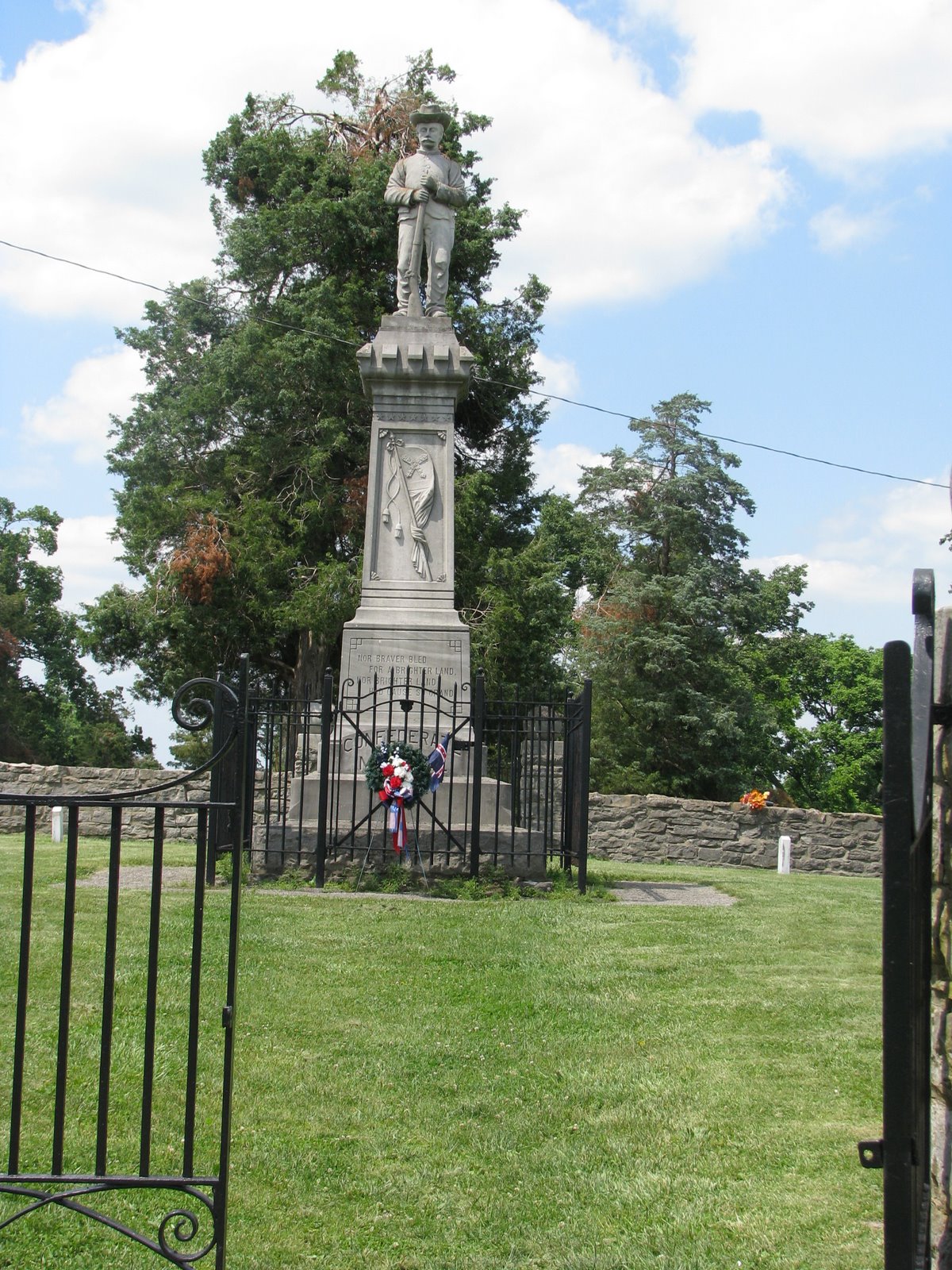 In western Boyle County lies the community of Perryville, the site of Kentucky’s largest Civil War battle. On October 8, 1862, Union and Condederate forces each suffered heavy casualties as the Union army repelled Confederate forces out of Kentucky.

CSA Gen. Bragg, on a mission to secure supplies from Bardstown, was forced into battle near Perryville by a larger force of Union troops under the direction of USA Gen. Buell sent to stop the advancing Rebels. The first casualties, however, were not caused by musketfire – but by heat and sunstroke. The high temperatures and drought conditions left insufficient water for both soldier and steed.

Once the daylong battle was over, the dying – both CSA and USA – were transported to neighboring communities for treatment.  The dying lingered for months. As was the case following the Battle of Mill Springs, locals knew not what to do with the Confederate dead and a mass grave was dug. From the Perryville Enhancement Project:

As Union troops hastily buried their own dead in regimental plots, local residents were left to inter the dead Confederates. Local farmer, cabinetmaker and justice of the peace Henry P. Bottom, whose property was strewn with corpses, buried a majority of the Southern soldiers. With several field hands and neighbors, Bottom buried several hundred Confederates in two large pits. This mass grave is located in what is now the Perryville Battlefield State Historic Site.

This is a full post for one of the locales visited on my June 5, 2009 No Destination journey.