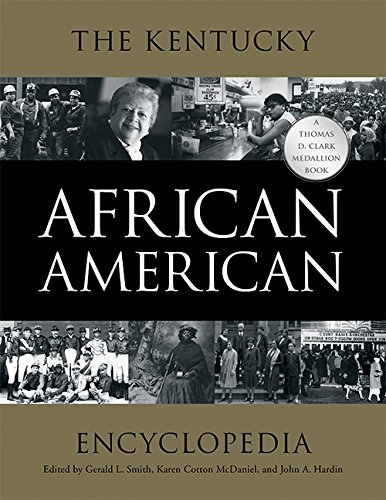 Over 150 writers contributed to The Kentucky African American Encyclopedia which is being published this month by the University Press of Kentucky. Editors Gerald L. Smith, Karen Cotton McDaniel, and John A. Hardin have compiled what is being described as “a foundational guide to the black experience in the Commonwealth.”

The beautiful 596-page tome is not without its flaws. Although the entry on “slave trade” did note that Lexington and Louisville “became centers of the slave commerce,” there was no entry dedicated to the markets themselves. An informed entry on “Cheapside” would have been an excellent addition – the full dialogue on this subject seems to be missing which has spawned a political issue in and of itself. Another addition I would have preferred to have seen would have been a place index. Connecting the dots of multiple references within the text to a particular Kentucky town or county would have assisted local researchers, though the information is probably easily gleaned from a digital version of the text.

Notwithstanding these small contentions, the volume is filled with the long-undertold parts of Kentucky’s rich history. Any lover of Kentucky history would be well-served by sitting down for an afternoon to peruse this book, then to keep it nearby for regular consultation.

To celebrate Kentucky’s bicentennial in 1992, the Kentucky Encyclopedia was born. Since, two regional encyclopedia’s (Louisville and Northern Kentucky) have continued to tell the stories of the individuals, places, organizations, and events that have shaped Kentucky’s storied past. Now, the stories involving Kentucky’s African-American past are being told in a single volume.

The entry on Lexington’s First African Baptist Church tells the early challenges experienced by Peter Durrett, the slave who helped organize and pastor the church that was once the largest congregation in Kentucky. (At least two other historic black Lexington churches, Antioch (Colored) Christian and St. Paul AME lack entries.)

The entry on Margaret Garner, the escaped slave who was on the most “complex figures in the history of American slavery,” is heart wrenching.

The release of this book on August 28 itself holds significance. Seven years ago (2008), Barack Obama became the first African-American to accept the nomination of a major political party for President of the United States. Forty-five years earlier (52 years ago, 1963), Dr. Martin Luther King Jr. delivered his I Have a Dream speech in Washington, D.C.

While history may not hold the release of the Kentucky African-American Encyclopedia on the same level from the perspective of national import, it is still a significant step toward understanding the history of all Kentuckians.

Disclaimer: The author was provided a courtesy copy of this book. This review followed. 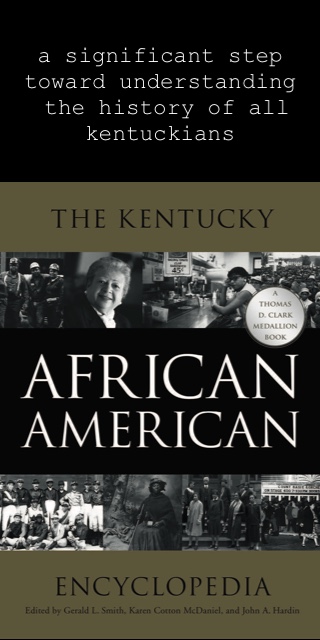