The Cemetery was chartered in 1848. Prior to the establishment of the Cemetery, early settlers were buried on “First Hill” – near where Main and Vine meet currently in Lexington – or in family graveyards. This was not a terribly sanitary practice, so to avoid contamination of the water supply and other sorts of problems, the Cemetery was established. Among those who were a part of the group that chartered the Cemetery were Benjamin Gratz (namesake of Gratz Park) and David Sayre (of the Sayre Female Institute). The area that is Lexington Cemetery was known at the time as Boswell’s Woods, and had been hunting grounds for Thomas Boswell. The cemetery board paid $7,000 for the land, and a small family graveyard on that original site remains. 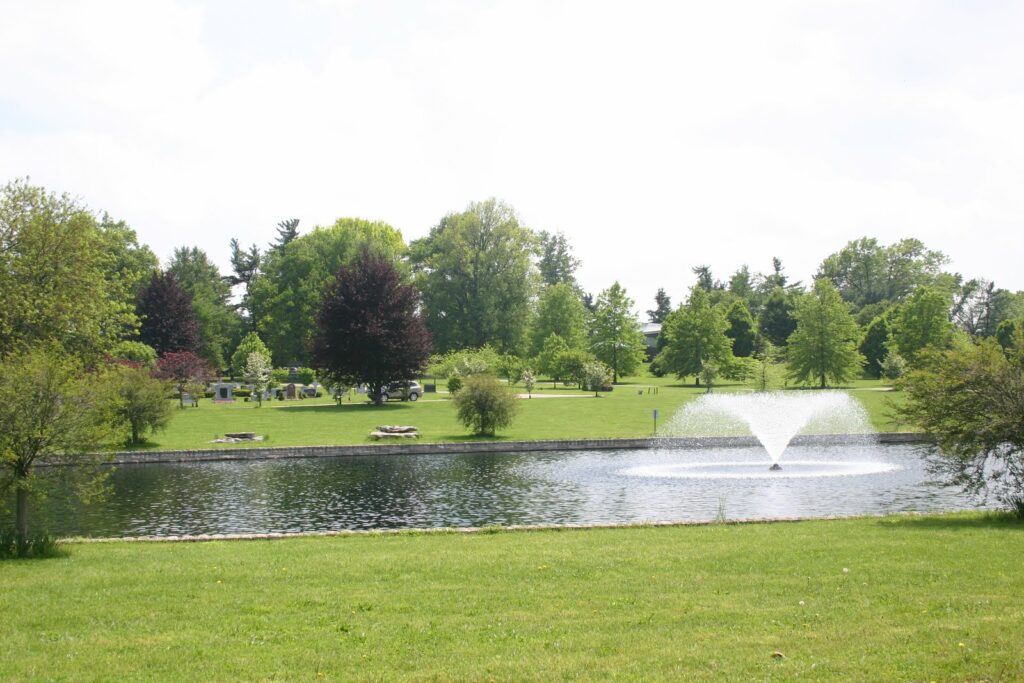 The grounds were laid out by Charles S. Bell, a Scotsman and horticulturist whose goal it was to create a park-like, landscaped cemetery. Bell – known as a perfectionist, would not open the cemetery until the grounds were finished. The first burial took place on October 2, 1849, when A.B. Colwell, a community businessman who had died of cholera, was laid to rest with his infant son.