Skip to content
February 19, 2013 Nate Kissel
Brandenburg is another of those cities that you have to have a reason to go. Downtown Brandenburg is confusing from the moment you arrive. Homes and businesses seem spread out along a small valley, and as far as I could tell, there doesn’t appear to be a real main street area. As I pulled into town, there was a large empty lot along the main drag that had a historical marker – noting that the lot was the site of the third Meade County Courthouse. However, I didn’t find the current courthouse anywhere nearby. The Meade County Courthouse, pictured above, sits high on a hill, surrounded by a huge parking lot. Meade County’s current house is one of those courthouses built in the 1970s that, unfortunately, looks like a middle school. It’s pretty unfortunate. 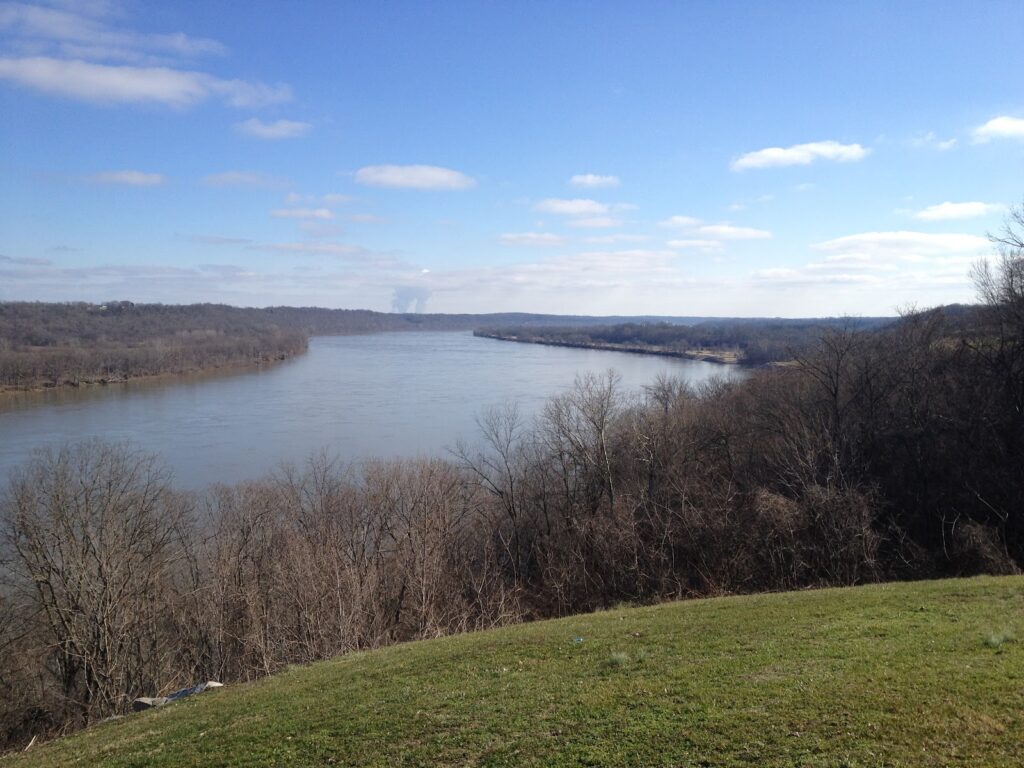 Since I was pretty confused about Brandenburg and its bizarre layout, so I decided to head to the internet to figure out what was going on. The layout of Brandenburg appears to have been caused by the famous April 1974 tornado outbreak. This “super tornado” outbreak hit 13 states, with 178 total tornadoes touching down. One of these tornadoes destroyed downtown Brandenburg and the third courthouse, and took 31 lives as well.
A quick drive out of Brandenburg gives you the amazing view of the Ohio River below.