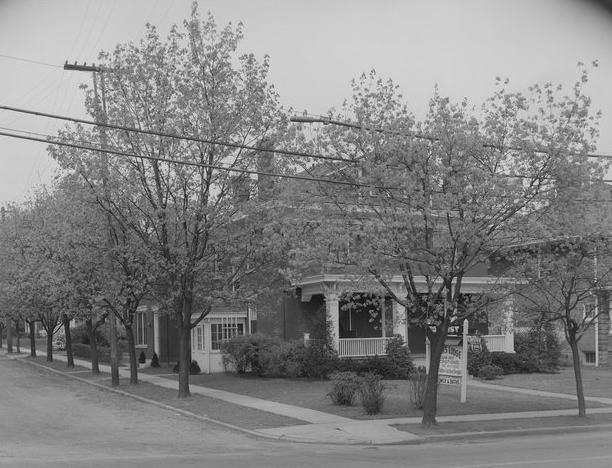 The “Motor Lodge” or “Motor Court” was a common site on America’s highways and byways decades ago as small numbers of lodgers would find comfort for the night.

In fact, Col. Sanders operated such a site in Corbin. The fried chicken served in the cafe at his motor court became the basis, of course, Kentucky Fried Chicken.

A number of such lodges or courts were in Lexington, including the one above. Though the building was torn down in favor or a larger sense of lodging, you may recognize its location?