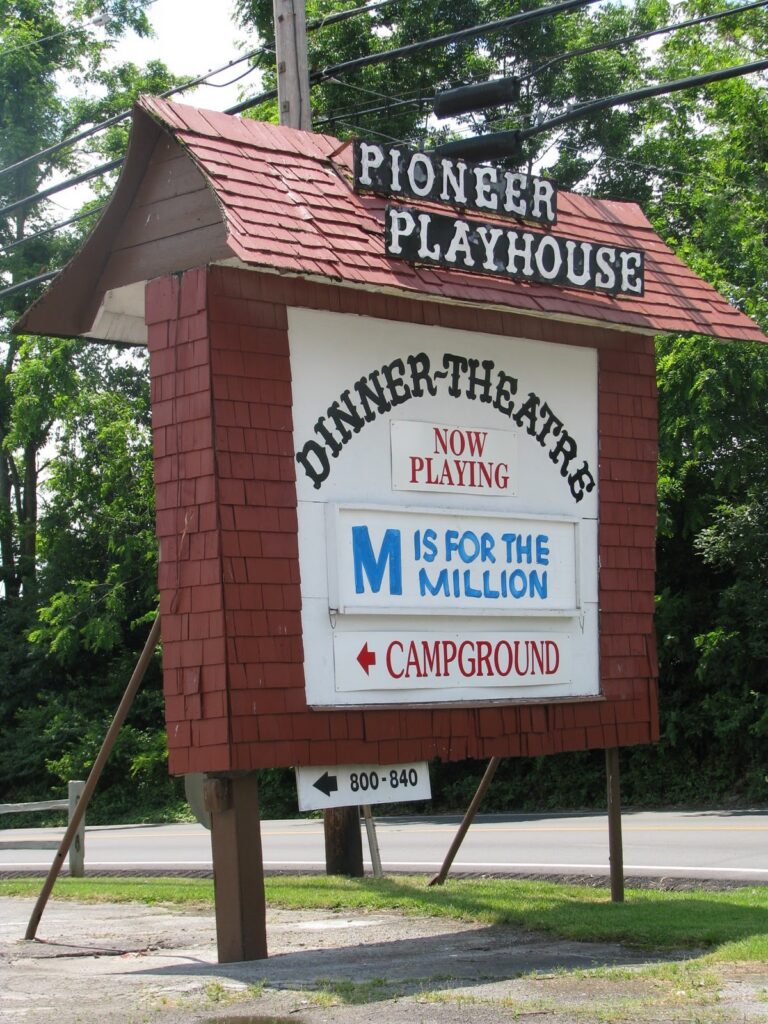 Notable alumni of Boyle County’s Pioneer Playhouse include Lee Majors, Jim Varney and … John Travolta. I guess you could call it Kentucky’s Saturday Night Live as it has been a launching point for a few talented actors.

Started by Col. Henson in 1950, it is the oldest outdoor theater in the state and was the first theater designated a “state theater” by the General Assembly (1962). According to its official history, Col. Henson used “unorthodox ways” to construct his playhouse:

He once bartered a fifth of whiskey for hand-hewn two hundred-year-old rafter beams and hired prisoners from the local county jail to help him lay the first foundations.

I’d love to see a show at the Pioneer; the 2010 schedule is available here.